Should Activity Information Be Displayed On Food Labels?

Over the past few years consumers have seen more and more helpful information being displayed on their food labels. Information about the number of calories per serving, the allergy guidelines and the traffic light system (which is to become mandatory on all pre-packed food labelling at the end of this year) are all now being included to help shoppers make more informed decisions about what food goes into their basket.

Should food manufacturers display the level of activity needed to burn off what you’ve consumed?

In a report released by the Royal Society for Public Health, recommendations have been outlined to include this information as consumers have been found to underestimate the time it takes to burn off their daily calorie intake. 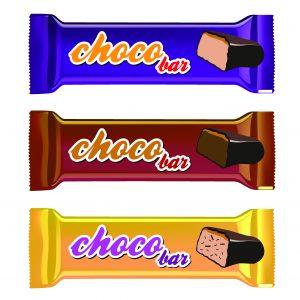 The recommendation also states that this information should be displayed as an icon on the front of food labels so shoppers can make an immediate decision and be better informed in what they are buying. The research by the RSPH found that consumers found food labels to be too complex, an overload of information and not clear enough when it comes to deciding what is healthy and what isn’t.

Experts feel that a visual representation of the work needed to burn off unhealthy foods will make consumers think twice about what they buy, leading to a decline in the growing obesity worry.

So, is this proposal likely to go ahead?

Quoted in the BBC’s coverage of the proposed activity label introduction, a spokesperson for the Food and Drink Federation said the RSPH’s proposal was “an interesting concept” and the general idea is it something the governing bodies will continue to research.

When news was released that two-thirds of the adult population in the UK was overweight or obese, it was clear that something extra needed to be done to educate consumers on the food that they eat. The public health experts determined that a person spends an average of six seconds looking at an item before deciding whether to buy it or not. This knowledge is what led to the recommendation of displaying the information on the front of labels so consumers can immediately see what they would need to do to balance the calorie intake.

Do you think the proposed activity labelling information is a good idea? Let us know your thoughts by tweeting us at @abbeylabels